For information on ultrasonography as a career, see below.

Ultrasonography, commonly called sonography, is a diagnostic medical procedure that uses high frequency sound waves (ultrasound) to produce dynamic visual images of organs, tissues, or blood flow inside the body. This type of procedure is often referred to as a sonogram or ultrasound scan. Sonography can be used to examine many parts of the body, such as the abdomen, breasts, female reproductive system, prostate, heart, and blood vessels. Sonography is increasingly being used in the detection and treatment of heart disease, heart attack, and vascular disease that can lead to stroke. It is also used to guide fine needle, tissue biopsy to assist in taking a sample of cells from an organ for laboratory testing (for example, a test for cancer in breast tissue). Unlike X-rays, sonography is a radiation-free imaging modality.

The non-physician professionals who perform these procedures are known as sonographers and vascular technologists (who are sonographers specializing in imaging and tests of blood vessels).

There are several areas of specialization in the field of sonography. These specialty areas are:

Who performs ultrasound and where?

Depending on the specialty and purpose of an ultrasound scan there are several types of qualified persons who can perform an ultrasound in Australia and New Zealand as listed below:

What is a sonographer?

In Australia and New Zealand all Sonographers performing ultrasound scans are highly trained and skilled professionals.

Sonographers are the healthcare professionals with recognised qualifications in Australia or New Zealand who utilise their technical expertise, knowledge of human anatomy, and the physical principles of ultrasound to produce diagnostic images of the body.

Ultrasound is used to evaluate many parts of the body, including the abdomen, blood vessels, developing fetus, superficial body structures, heart, blood vessels, joints, muscle, and neonatal brains. The sound waves used to obtain these images are at a frequency above the range of human hearing. Sound waves are emitted from the transducer into the body and then return to the ultrasound machine where they are converted into an image. The images are interpreted by a Radiologist who provides the medical diagnosis for the patient’s physician.

Ultrasound is used to enhance treatment and investigate abnormalities in:

Sonographers have extensive, direct patient contact that may include performing some invasive procedures. They must be able to interact compassionately and effectively with people who range from healthy to critically ill.

The professional responsibilities include, but are not limited to:

What is a sonologist?

A sonologist is a registered medical practitioner with a specialist qualification in diagnostic ultrasound.

Doctors who are not sonologist may be qualified to perform limited ultrasound examinations to assist them in treating their own patient.

A recognised qualification for point of care ultrasound is the Certificate in Clinician Performed Ultrasound (CCPU) which is offered by Australasian Society of Ultrasound in Medicine (ASUM).

What should I study?

Option 1:
I am a doctor/medical specialist to whom other medical practitioners refer patients for ultrasound examination and diagnosis. Are there any course(s) at ASUM available to me?

Option 2:
I am a student with a bachelor degree in a health related discipline, what course(s) at ASUM are available to me?

Option 3:
I am a doctor/medical practitioner who wishes to use ultrasound in the treatment of my own patients. Are there any course(s) at ASUM available to me?

What does a future in ultrasound hold for you?

Sonography is a dynamic profession that has grown significantly over the past 20 years. With rapidly developing new technologies and increased use of diagnostic ultrasound procedures, growth is projected to continue in the future with employment opportunities for qualified sonographers in both urban and rural areas nationwide.

Salaries vary depending on years of experience, number of certifications, and geographic location.

Check with your relevant Government Department of Labour/workplace relation.

Medical practitioners holding relevant qualifications who perform ultrasound scans will have a broader range of tools and skills to use in the diagnosis and treatment of their own patients.

Medical specialists who hold a recognised qualification will enable other medical practitioners to refer patients to them with confidence, knowing that they have the specialist skills to diagnose patients from ultrasound.

To get your degree formally recognised as equivalent to Australian 3 year bachelor degree.
Please see www.industry.gov.au for details on recognition.

Working and studying in Australia

Please see www.border.gov.au for details on working in Australia. 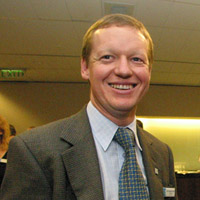 Choosing a future career when you are still in high school is a daunting task. I remember very well the day I decided to peruse medical radiations as a career choice. The decision was based on my interest in health and photography and had little to do with sonography or ultrasound as I was unaware of the sonography career pathway at the time. Sometimes in life you fall on your feet and my decision to study medical radiations in Adelaide was one of those moments, as unbeknown to me at the time I had just opened the door to my ultrasound imaging future. During my undergraduate degree I was introduced to sonography as part of my clinical practice experience and rapidly developed a love for the modality. Once I completed my undergraduate degree I immediately began study for the ASUM General DMU. The self directed learning structure of the DMU suited me as a student and allowed me to continue full time employment while studying and sitting the various DMU exams. Once I completed my ultrasound qualifications I made the move from a career in medical radiations to dedicated sonography so that I could devote my professional time to gaining skills in the vast array of applications ultrasound has developed.

A career in sonography commits you to life long learning as the technology and applications of ultrasound continue to march forward at an increasing pace.  Journal reading, conference participation and personal professional development are an integral part of the profession ensuring a career where you will never become complacent.

The challenges which face a sonographer on a daily basis are many and varied. As a sonographer you are not just responsible for producing a diagnostic image, but of interpreting it also. Close patient contact, history taking, equipment optimization and problem solving skills are required for every examination. Sonography is a job of detective work with each patient presenting with a unique clinical question that requires a solution from the scan.

Sonographers continue to be highly sought after in the diagnostic imaging health care system as the demand for ultrasound services continues to increase, driven by technological developments and an Australian population with increasing health care needs. This ensures employment opportunities are very strong for sonographers in Australia and overseas. Australian sonographers are highly sought after overseas due to our high standards of education and credentialing and hence sonography is the ideal career for anyone wishing to travel and work overseas. It is also a career which lends itself to job flexibility and part time work which makes the career ideal if you wish to split your time between family and professional commitments.

I would recommend a career in sonography to anyone who has an underlying passion to improve the health of others. Interpersonal skills and a genuine and natural empathy for patients going through difficult situations are essential, as is the ability to retain a broad range of technical and medical knowledge.  If you think you can combine these attributes with the hand eye coordination and minor motor skills required to perform the job it may be just what you are looking for.

My career as a vascular sonographer has been an interesting and dynamic process. I started with a Science degree majoring in human physiology and working as a clinical physiologist performing non-invasive diagnostic examinations on patients with respiratory, cardiac, vascular and sleep disorders. With the rapid growth in demand for these services and advances in technology I then specialised in cardiac and vascular non-invasive diagnosis, of which duplex ultrasound is a major tool.

Wanting a qualification in ultrasound I enrolled in the ASUM DMU and obtained a vascular DMU. With the DMU, my years of clinical experience, first class honours in physiology and a passion for research I applied to the Queensland University of Technology to be admitted to do a PhD in vascular ultrasound and won a scholarship to study full-time. During my PhD I continued to work part-time as a vascular sonographer and started teaching in post-graduate ultrasound programs.

Since completing my PhD I have taken opportunities as they have presented and have worked in public hospitals, private radiology practices and small vascular surgeon based practices. I have been fortunate to continue my passion of teaching ultrasound at a tertiary level at Griffith University, for ASUM and other ultrasound educational bodies.

I am a Senior Lecturer at Griffith University and have research interests in vascular ultrasound and work integrated learning. I enjoy being involved in this evolving and dynamic, multidisciplinary profession academically, clinically and as a volunteer in various different positions. Over the years I have held positions on the ASUM sonographer affairs committee, the DMU board of examiners and ASUM council. The opportunity to serve in these positions with other enthusiastic, dedicated professionals is rewarding and fosters collaboration, networking and personal growth.

I would recommend sonography as a career and participation in your professional body as a truly worthwhile and fulfilling experience. 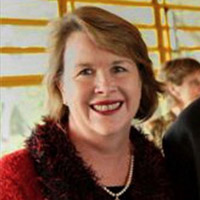 Thinking of a career in sonography? What a great idea!

If you are thinking about a career as a sonographer you would be joining many people, including me, who have had a very interesting, varied, flexible and rewarding career that allows you to work with a wide range of people and fantastic technology. I started my involvement with ultrasound from being a Medical Imaging Technologist (Radiographer) first, then progressing to learn ultrasound in the quite early days of ultrasound applications, then gaining my ultrasound qualification (DMU awarded by ASUM) and after a time specialising in ultrasound. My interest in ultrasound then led me to a position as an academic in the early days of sonographer education being undertaken in universities as postgraduate studies.

My time as an academic sonographer for 13 years at QUT in Brisbane, and then a shorter period at the University of Sydney, has been the major highlight of my career as I was involved with the teaching and development of so many wonderful people who had chosen  to become sonographers, many of whom have since gone on to be great teachers and leaders in the profession. I also had the opportunity to work with many others who were dedicated to teaching, research and being actively involved in the positive development of sonography as a profession. I was very fortunate to be able to undertake research and go on to a Master of Applied Science by research degree and a Master of Business Administration (MBA) both of which allowed me to develop fantastic skills which I’ve been able to apply in many areas of my career.

Alongside my work in the university sector, I was also fortunate to be actively engaged with the Australasian Society for Ultrasound in Medicine (ASUM) and much of the great work that ASUM does in education, encouraging research, setting and maintaining professional standards and providing alternative pathways for achieving recognised qualifications via the DMU, DDU and CCPU processes.

Although I am no longer engaged in clinical sonography I remain actively in touch with the profession through on-going involvement with ASUM, the universities and mentoring of colleagues and younger sonographers. To me the greatest thing about a career in sonography is its flexibility, which allows you to tailor your career to your interests and lifestyle circumstances. You can be as actively involved with the development of your own career and the profession as you wish through so many and varied opportunities.