In Memory of Greg Kesby

In Memory of Greg Kesby 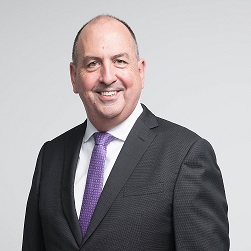 It is with great sadness that we announce the death of our colleague and friend Dr Greg Kesby at the age of 58 on 25th October 2021. Greg had been diagnosed with cancer 10 months ago and had been well until just a few weeks ago.

As many of you would know Greg was an obstetrician and gynaecologist and a subspecialist in Maternal-Fetal medicine who worked for many years at the King George V Hospital and later RPA Mothers and Babies as a Visiting Medical Officer. He was also a partner in a busy private obstetric and gynaecologic ultrasound practice – Sydney Ultrasound for Women.

Greg trained in Medicine at the University of New South Wales where he also was elected to the university Senate. He obviously loved sitting on committees even at that early stage.

He worked as a junior doctor at the Royal Prince Alfred Hospital before heading off to Cambridge in the UK where he undertook and obtained his PhD in embryology.

He returned to RPA and commenced his specialty training under the watchful eye of Professor Rodney Shearman. After completing his training he developed his interest in ultrasound and fetal medicine and for some years was the head of high risk obstetrics at RPA.

Greg with his prodigious work ethic also was involved in other professional activities. He served on the Council of the RANZCOG for many years, including at the time of his death.

Professionally he was exceptionally accomplished but overall he was a ‘giver’ to the medical profession. Many individuals benefited from his time and interest, be it in teaching or providing advice to colleagues on all sorts of matters, both professional and private.

As a man he was highly intelligent but modest, hilarious but occasionally and appropriately serious. He loved food and drink and travel which sadly was denied him in this last year.

He was greatly loved by family friends, colleagues and patients, all of whom will miss the presence of this completely unique person. His partner Vanessa and daughter Hanna are devastated by their loss and our thoughts are with them at this time.

Thank you to Dr Glenn McNally for providing the obituary.

Click here to read more on the latest news.