In memory of Delwyn Nicholls

In memory of Delwyn Nicholls 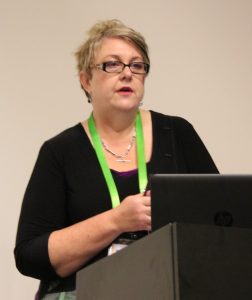 Australasia has lost one of its most notable sonographers with Delwyn (Deli) Nicholls passing away on Wednesday 25th March 2020 after a three-year battle with cancer. Deli was held in high esteem by her many colleagues.

While starting her imaging career as a radiographer, Deli always looked for ways to develop and sonography was the perfect option, undertaking her general ultrasound training at Sydney University. This was soon followed by a DMU in vascular ultrasound through ASUM. She worked as a vascular sonographer at Royal North Shore Hospital in Sydney, in general practise with IMED on the Central Coast always willing to offer help and training to improve clinical practice. Her most recent role was a clinical sonographer and educator at Sydney Ultrasound for Women, and co-ordinator/head tutor for the Royal Prince Alfred Hospital registrar Obstetric & Gynaecology ultrasound skills training program.

Delwyn has constantly given back to her profession, working tirelessly on committees, ASUM Council and various projects to constantly drive the profession to the highest standards. In 2013 Deli co-convened the Australasian Sonographers Association national conference in Sydney. In 2017, she co-convened the Inaugural Medical Education Program run by the Australasian Society for Ultrasound in Medicine (ASUM) at the national conference in Melbourne. She was the recipient of the ASUM Sonographer of the Year award (2015) and the ASUM Clinical Educator of the Year award (2017).

Her passion for teaching was reflected in the outstanding job she did for the Registrar Training Program for Royal Prince Alfred Hospital as well as numerous workshops for ASUM and other groups. Her contribution to Outreach both in Australia and overseas was profound and she particularly enjoyed her annual teaching trips to Bali.

Delwyn completed a Graduate Diploma of Health Education at Monash University, Melbourne. Over the past seven years Deli has been working on her PhD in medical education through Flinders University, Adelaide. Her ground breaking work focused on understanding and reporting the instructional approaches that are used by Australian sonographers to teach the psychomotor skills that are required for clinical practice. She presented on her research topic at national and international conferences and published six peer reviewed papers on her research topic.

She was also a sought after speaker at both national & international conferences, both in ultrasound & education. In 2018, she was awarded a scholarship to attend the Rogano/AMEE Education Conference in Switzerland, where she presented on her area of research.

Her future career was headed towards academia, with many universities asking her to consider joining their teams. Deli’s PhD thesis is currently in review and we are sure that her efforts will not go unrewarded.

We have lost a dear friend & colleague. Life in our world of ultrasound will not be the same without her.